Motivated Thinking: The Secret To Getting Started

I used to feel like my fickle motivation was a complete mystery. Sometimes I’d be obsessive and have an unstoppable enthusiasm. Most of the time I couldn’t bring myself to get off the metaphorical couch (because let’s be honest, you play Skyrim in a chair). That all changed in 2012 when I decided to change my life.

For the last 5 years, I’ve been researching what made the difference between the person I used to be, who couldn’t be bothered to leave their room, and someone who was capable of doing something extraordinary (In my case, it was undertaking a 16 months solo hike across the USA).

In all of the research I’ve read, there was one thing that was the greatest determinant of success in any field.

Angela Duckworth and Gabriele Oettingen are two researchers who have spent their careers dissecting grit, willpower, motivation and how to change what we want.

If you’ve read my previous writing, you’ll know that if you can control what you inherently desire over the long term, then you can control the course of your life. THIS is what is called grit.

Angela Duckworth describes grit as the secret to passion and persistence.

Both Angela and Gabriele have shown that grit is not just an inherent quality, it is a skill that can be learned.

Grit is not a talent, but a habit of thinking.

That habit of thinking can be taught in 5 minutes.

In 2012, I decided I hated my life, and something needed to change. I couldn’t change where I was. I wanted to be able to do the impossible.

My brain obliged and presented an impossible goal. I, a 21 year old gamer, would hit to road with my laptop and a backpack, and hike across the USA, never taking a single ride.

It felt impossible, and my friends and family told me if I attempted it, I’d probably die.

But something in the back of my mind obsessed over it, and 2 weeks after the idea first hatched, I was hugging my mom and dad and saying good bye, backpack in hand.

I had developed a way of thinking about the path ahead of me. Something I never did with any other goal I ever held in my life.

I obsessively thought not about the outcome I was doing to reach, but about the challenges I would face along the way.

Everything I imagined came true, in more challenging ways than I could have imagined. But through it all, I maintained a persistence that was unshakable.

GRIT: The Secret To Getting My P.H.D. (Pig Headed Determination)

After I finished walking across the USA in 2013, I struggled to find that motivation, persistence, and purpose that drove me to overcome the excruciating challenges I faced.

I had a struggle applying the lessons I had learned on that journey to ‘real life’.

I never understood why until I discovered the work of Gabriele Oettingen.

Gabriele took existing research and extrapolated a pattern of thinking that could take lazy college students and give them the grit of top performing students.

This was revolutionary, and it was 4 simple steps that I like to call “Motivated thinking.”

“I have [GOAL] to do… This is hard… Fuck this shit, I’m going to troll my friends on facebook”

By focusing on the WHAT, WHY and CHALLENGE, then creating a PLAN to overcome the challenges they’ll face, they allowed their brains to default to a new behavior while using very little willpower. 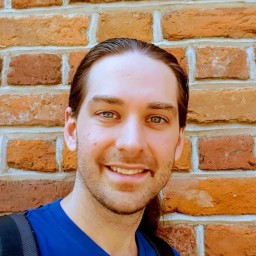 You Don’t Find Your Passion; You Create It

4 Questions That Will Change Your Life

All great journeys are a series of small steps

Please log in again. The login page will open in a new tab. After logging in you can close it and return to this page.